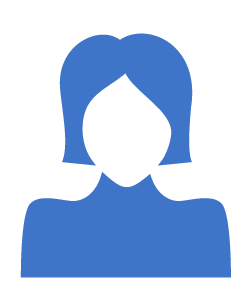 Losing a tooth or two may not seem like a big deal, but it can be. I lost several teeth to decay five years ago. At the time, I didn't think much about my tooth loss. I simply carried on with my life. But as the years passed, I began to experience problems with eating. I couldn't chew anything without hurting my gums or biting my tongue. After awhile, I stopped eating my favorite foods and ate things that didn't require much chewing. But after becoming ill from a lack of nutrition, I finally made a choice to replace my missing teeth with dental implants. Now, I feel great and can eat again. I want to share the dangers of tooth loss and other dental problems with you through my blog. I also talk about things you can do to improve your dental health. Thanks for reading and good luck.

If you've ever needed dental work on a budget, chances are you've received silver fillings before. Silver fillings are generally a more affordable option than resin or porcelain fillings, but they're also problematic for their users. Silver fillings can potentially be dangerous, and once you're no longer in a financial bind, replacing them is a good idea. Read on to learn why silver fillings can be a problem and what you can do about it.

Why They Can Be Dangerous

If silver amalgam fillings are broken down, mercury can escape in the form of vapor. These vapors can either be absorbed into the body via the blood or inhaled into the lungs. Studies have shown that only a small amount of mercury is released in the form of vapor, but it's understandable if you're concerned about it. There's nothing wrong with wanting to have your silver amalgam fillings replaced to avoid having mercury enter your body, especially since as a heavy metal, removing mercury from the body is extremely difficult.

Your dentist will take special precautions to prevent more mercury from escaping in the form of vapor while your fillings are being removed. You may need to be given a supply of oxygen during the process to prevent you from inhaling any of the mercury. In addition, your dentist will employ the best hazmat techniques in order to protect you and him from mercury exposure.

Once your filling is removed, your dentist will carefully clean the area of your teeth where the filling was to ensure that no trace amounts remain. Then, he will replace the filling with a new resin or porcelain filling, which is completely safe and contains no mercury.

It's still unclear whether or not mercury found in silver amalgam dental fillings can pose any serious risk to humans. However, if it makes you uncomfortable, or you regularly consume foods that contain mercury like fish, it might be a good idea to have them replaced with something new. At the very least, consider visiting your dentist to have your fillings examined to make sure that they're still in good condition and safe. To learn more, visit a website like http://www.childrensdent.com.